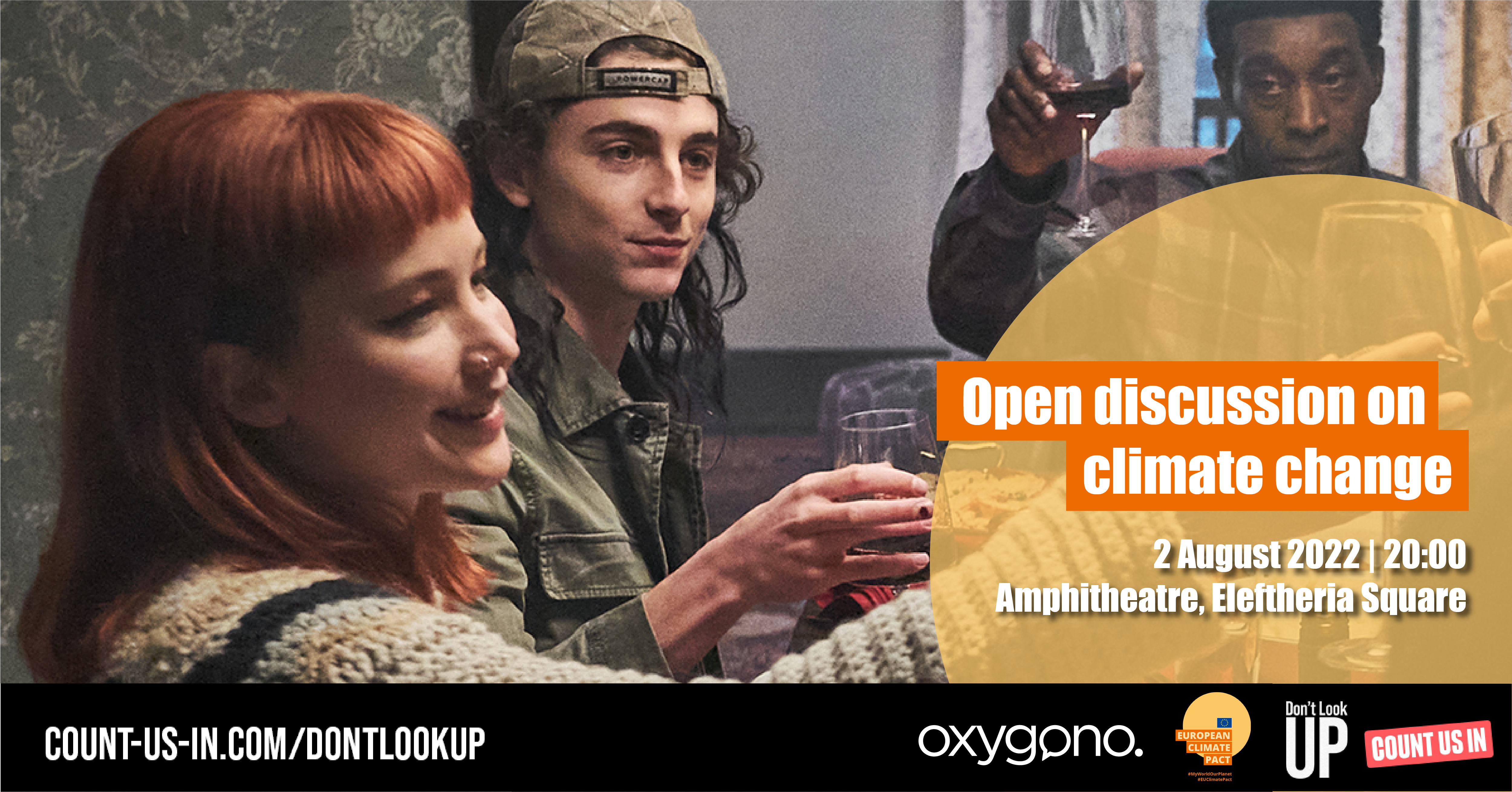 As part of the information campaign about the European Climate Pact, non-governmental organization Oxygono, as the Country Coordinator for the Pact in Cyprus, will host on 2 August an open discussion on climate change and the actions that can be undertaken through the Count Us In platform.

The discussion will take place at at the open-air Amphitheatre of Eleftheria Square at 20:00 and will be based on the well-known film Don’t Look Up that follows two low-level astronomers who must go on a giant media tour to warn mankind of an approaching comet that will destroy planet Earth.

The film is now streaming on Netflix and those interested can watch it to “prepare” for the discussion. Statements made by the cast and climate experts will be presented during the event to trigger a discussion.