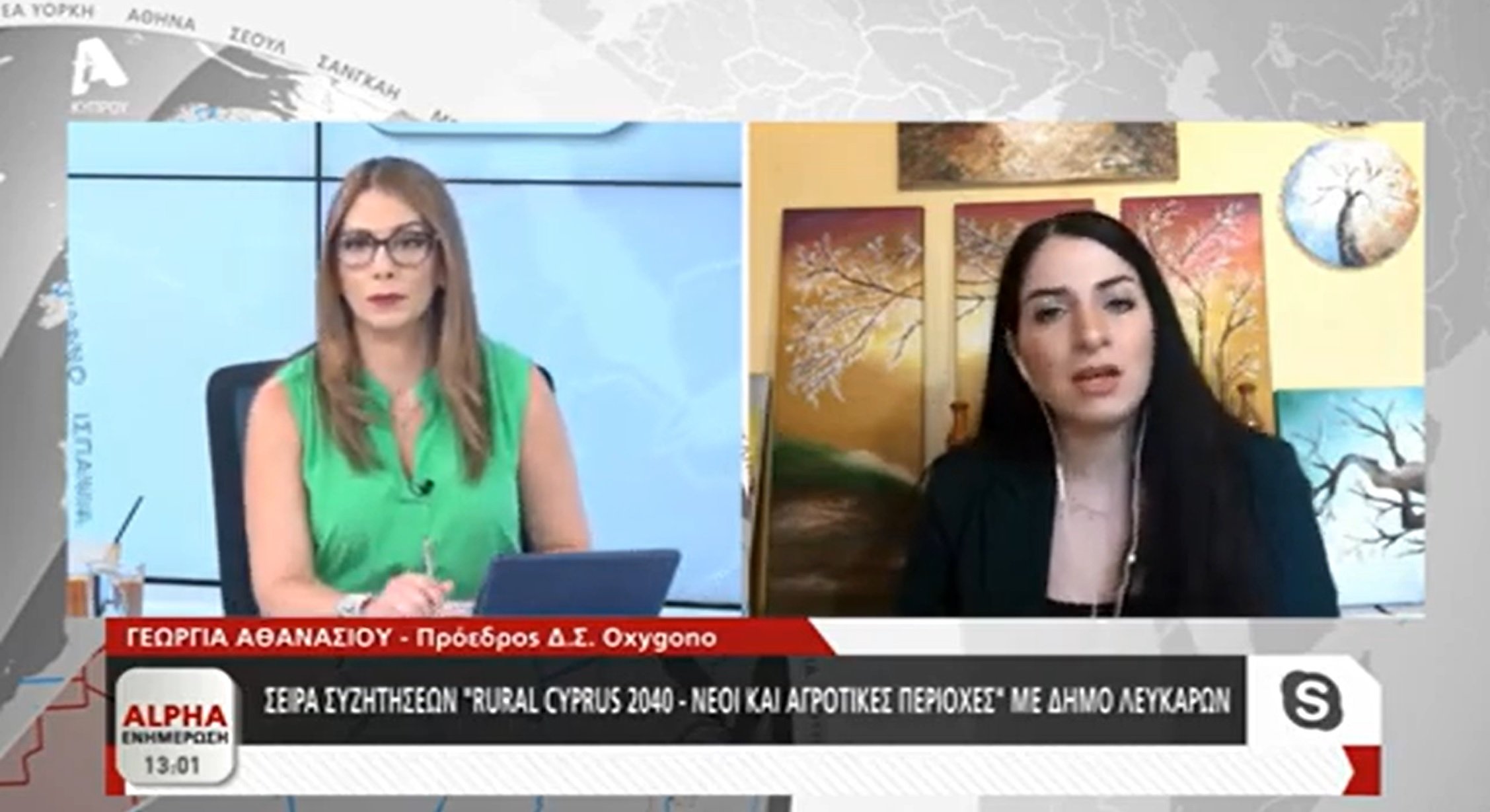 The President of the Board of Directors of Oxygono, Georgia Athanasiou, in her intervention on the show "Alpha Ενημέρωση", on Tuesday, July 05, 2022, announced the transformation of the 2040 series of discussions into "Cyprus Forum: Cities 2040".

After 4 years and 14 discussions, the series of discussions 2040, aiming to shape a long-term vision for the four cities of Cyprus, but also the subsequent actions which are required in order to ensure that the ideas of every discussion will become reality and shape the policy, we have decived to focus all of our efforts on a single annual discussion, which will bear the name"Cyprus Forum: Cities 2040"and which will take place for the first time in April 2023.

More information will be announced soon on our website and Oxygono's social media.